Paintings of the USS Helena CL-50 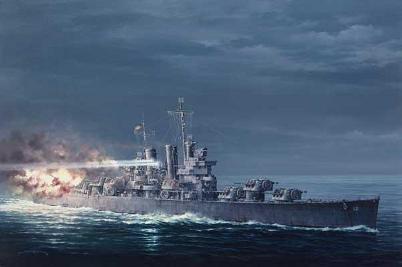 At 2346 Hrs on the night of 11 Oct 1942, the USS Helena, which was part of Rear-Admiral Norman Scott's Task Force 64, opens fire on the IJN Destroyer Hatsuyuki.
The resulting battle with the Japanese Fleet off the critical island of Guadalcanal led to the sinking of two Japanese ships and the damage to three others.
U.S. Navy casualties consisted of the Destroyer USS Duncan.

To view the Military Art Gallery web page click on the "The Battle of Cape Esperance" picture. 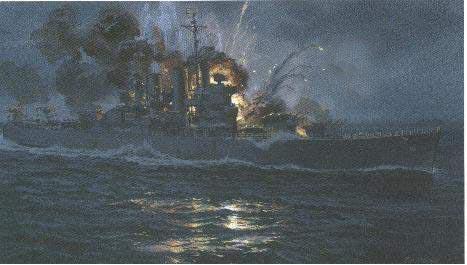 THE LAST BATTLE of the U.S.S. HELENA
by
Tom W. Freeman
Used with permission. William Henderson.

While assisting the occupation in the Solomon Island Campaign the USS Helena was torpedoed and sunk off New Georgia Island in the early morning of 6 July 1943.

She was later awarded the Navy Unit Citation posthumously, for gallantry in action during the Solomon Island Campaign. 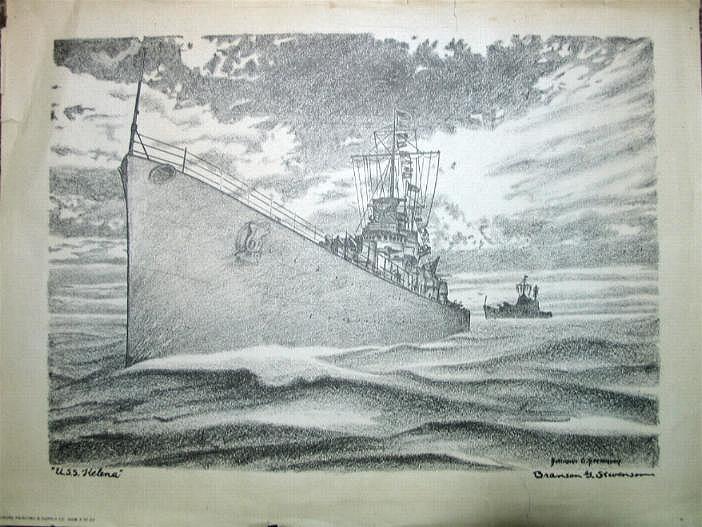 This image is the same as the black and white version donated by Rick.
It was colored by our good friend John Galla, USS Des Moines CA-134 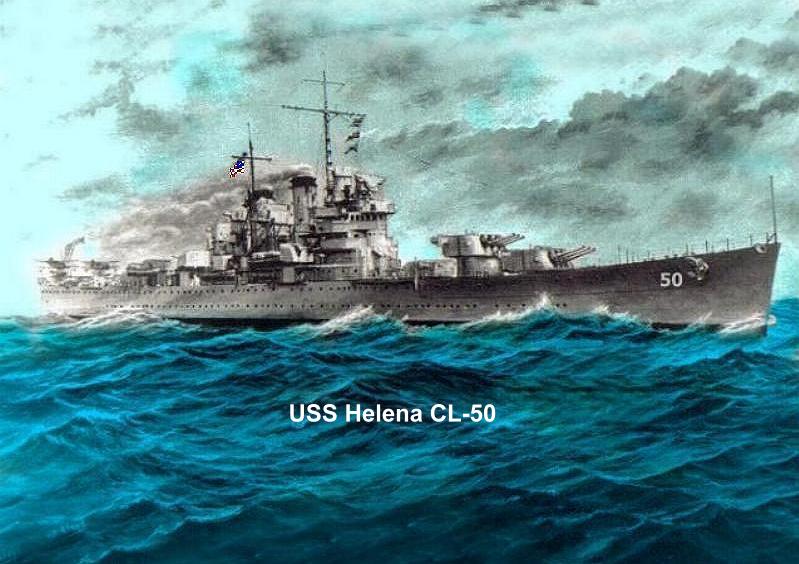 The following picture donated by Rick. It belonged to his uncle James J. Ryan.
He was on the USS Helena and was aboard at the time it was in port at Pearl when it was attacked.
He and Maurice Kleckner were trapped in the boiler room and they were the two that got them operational so that the Helena could fire.
About 2 weeks before the USS Helena was sunk, he or Maurice were offered a chance to go to advanced diesel mechanics school.
So he and Maurice decided to cut cards to see who would go and who would stay and my uncle won and went to school.
He and Maurice continued to keep in contact with each other and called each other every December 7th right up to when my Uncle past away.
This painting hung above my uncles favorite recliner. 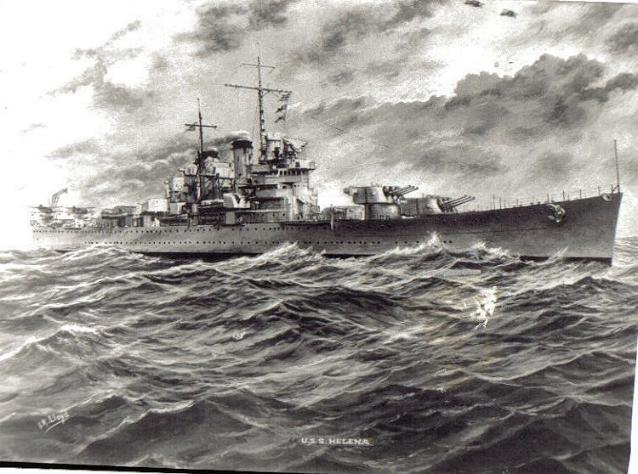