The diary and picture that follows provided by the
USS St. Louis CL-49 Association

The Kula Gulf Diary was taken from the bridge log as recorded when a ship goes into battle. 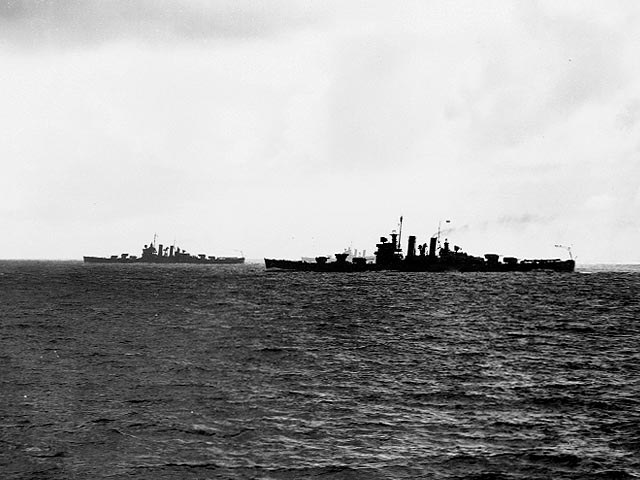 USN vs. the Japs