The Korean War Veterans Memorial is located in Washington, D.C.

Details can be found on WikipediA 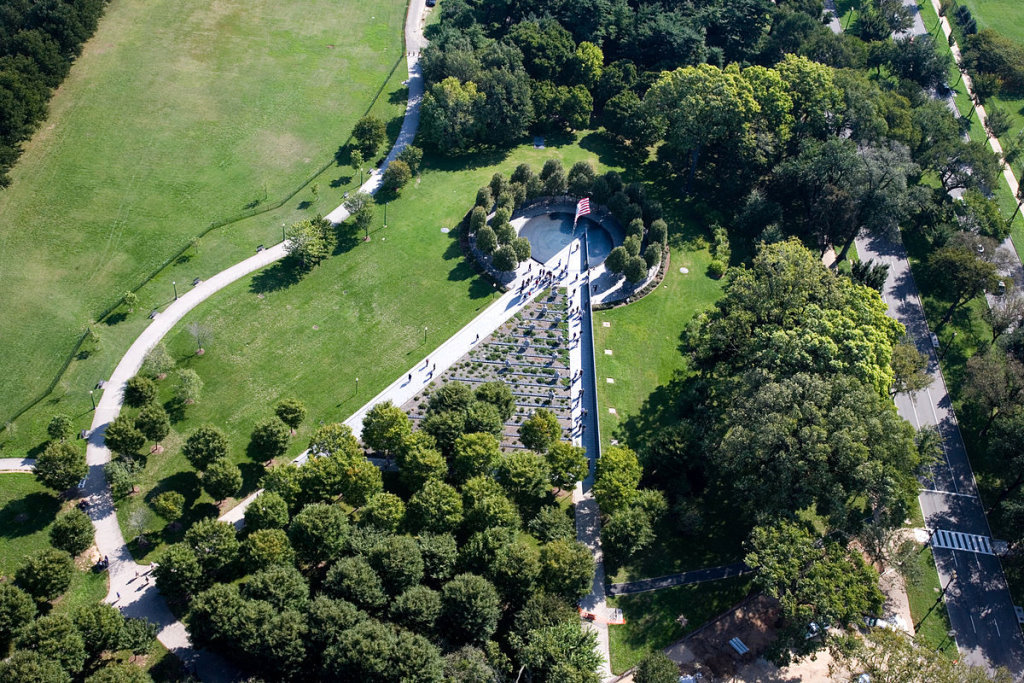 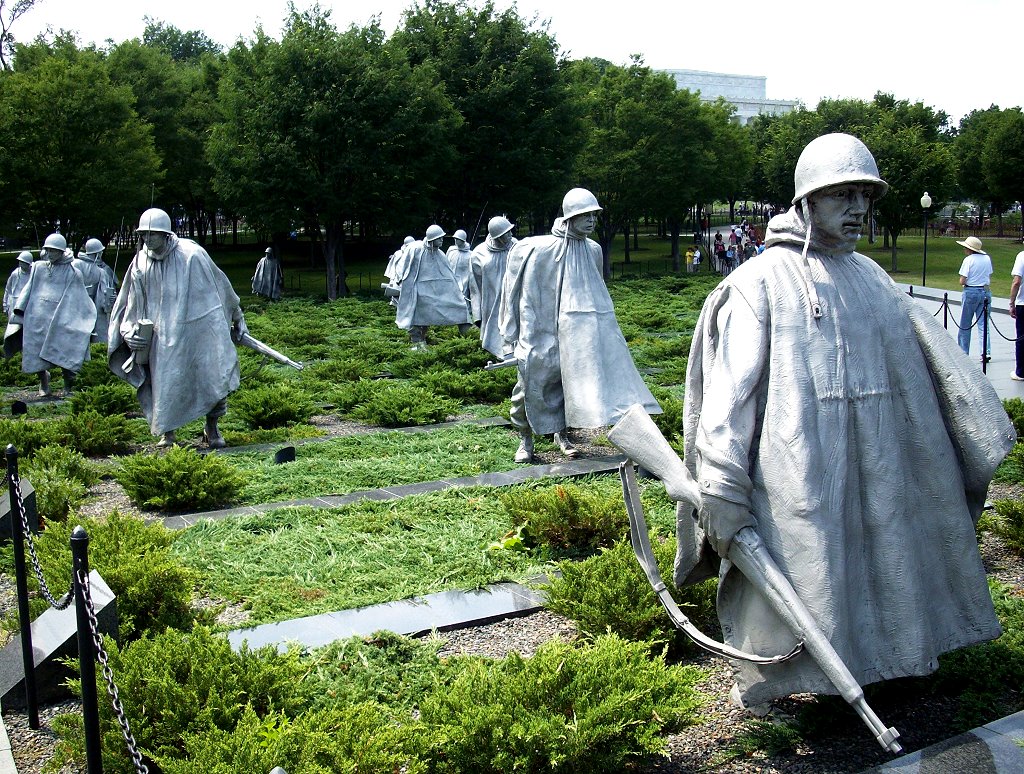 The 19 stainless steel statues were sculpted by Frank Gaylord of Barre, VT and cast by Tallix Foundries of Beacon, NY.
They are approximately seven feet tall and represent an ethnic cross section of America.
The advance party has 14 Army, 3 Marine, 1 Navy and 1 Air Force members.
The statues stand in patches of Juniper bushes and are separated by polished granite strips,
which give a semblance of order and symbolize the rice paddies of Korea.
The troops wear ponchos covering their weapons and equipment.
The ponchos seem to blow in the cold winds of Korea. 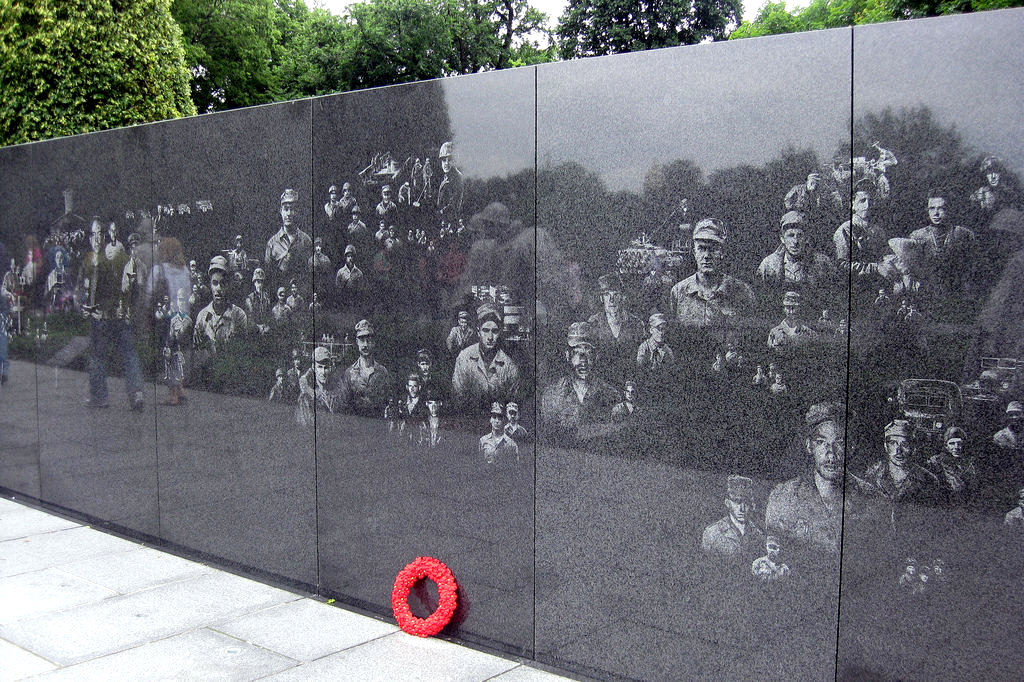 The Mural Wall was designed by Louis Nelson of New York, NY and fabricated by
Cold Spring Granite Company, Cold Spring, MN. The muralist, sculptor and architect
worked closely to create a two-dimensional work of art adjacent to the three-dimensional statues.
The wall consists of 41 panels extending 164 feet. Over 2,400 photographs of the Korean War
were obtained from the National Archives.They were enhanced by computer to give a uniform
lighting effect and the desired size. The mural, representing those forces supporting the foot
soldier, depicts Army, Navy, Marine Corps, Air Force and Coast Guard personnel and their
equipment. The etchings are arranged to give a wavy appearance in harmony with the layout
of the statues.The reflective quality of the Academy Black Granite creates the image of
a total of 38 statues symbolic of the 38th Parallel and the 38 months of the war.
When viewed from afar, it also creates the appearance of the mountain ranges of Korea. 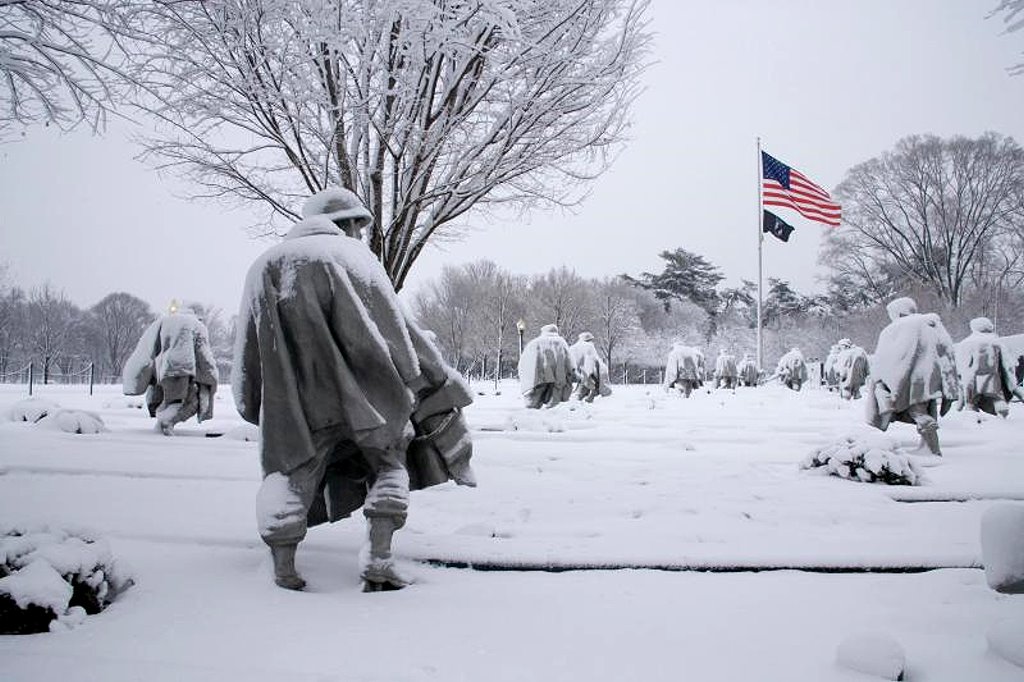 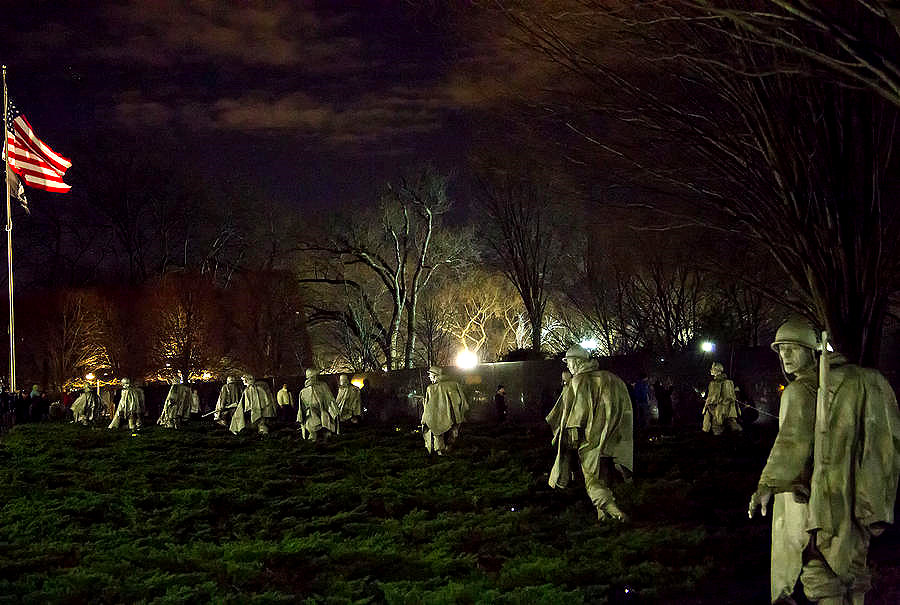 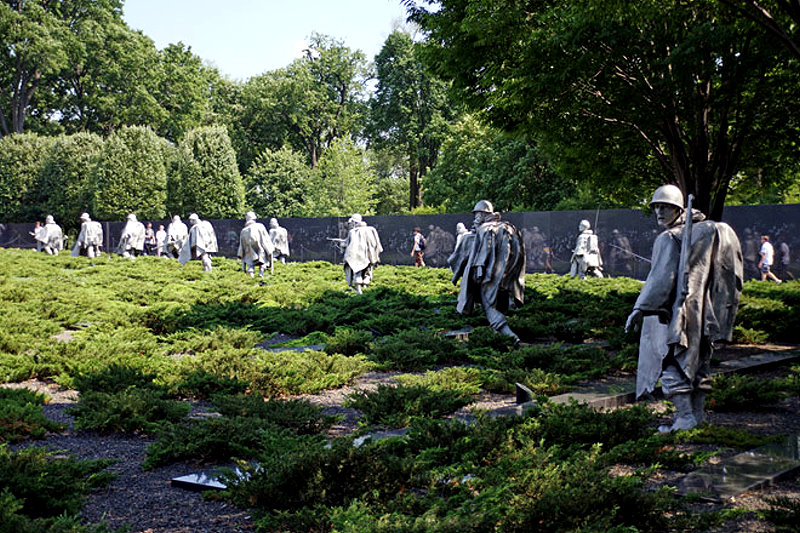 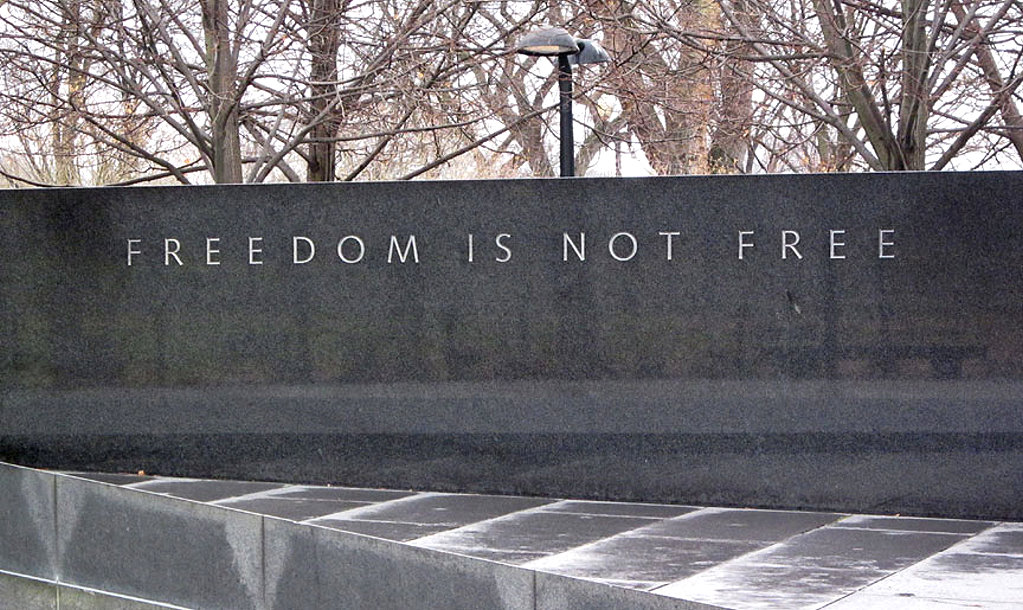 A granite wall bears the simple message, inlaid in silver: "Freedom Is Not Free."