WINSA will honor individual members that have made significant contributions in helping WINSA bring a historic naval warship to southeastern Wisconsin. Currently the ship that WINSA is working on is the naval destroyer USS Edson (DD-946), but prior to that considerable effort was expended by many individual members of WINSA’s predecessor organization, the Milwaukee-USS Des Moines Historic Naval Ship Project, Inc. to bring the USS Des Moines (CA-134) to Milwaukee. While that attempt ended in failure, it turned out to be an extraordinary effort. There were members of that organization that performed admirably and they should be recognized for their outstanding efforts as well. Consequently, WINSA’s Board of Honor will be established for those candidates who were members of either organization at the time of their death and who the WINSA Board of Directors by majority vote wish to recognize for their outstanding contributions and dedication to bringing a historic naval warship to southeastern Wisconsin. WINSA’s Board of Directors will be the final authority in electing candidates to WINSA’s Board of Honor. Board of Honor Membership will be on the basis of a majority vote by WINSA's Board of Directors. WINSA will maintain a WINSA Board of Honor page on their website. Individual members will be listed in alphabetical order. The listing will contain the individual member’s name, highest military rank (military service is not an elgibility requirement), service branch, highest WINSA staff position, and the date of election. Membership on WINSA’s Board of Honor is permanent. Recently CAPT Donald A. Hansen USNR (Ret) and PO1 James F. Derse USNR were elected posthumously to WINSA’s Board of Honor for their outstanding support of WINSA’s mission. Their past support was important, appreciated and is now recognized by their “shipmates!”

I remember how pleased I was when Don Hansen and his daughter Gwenn Zerull attended a power point brief in 2002 at the War Memorial Center on the USS Des Moines project and both of them subsequently joined the organization. He immediately became involved in the organizational briefing program. He and his staff did an outstanding job informing Milwaukee community organizations of the benefits of bringing the USS Des Moines to Milwaukee as a historic naval ship. Since those early days, he had continuously been a key member of the organization. Don and his department gave many briefs that generated funds, letters of support, many signed red and blue project support cards and he was very generous in donating his personal funds to help the project financially. He had a knack for public relations and his counsel was always on the mark. His project support was solid. He was extremely professional, well respected by everyone he came in contact with, cool under pressure and a trusted advisor. He was a strong leader and was very effective in motivating the WINSA members that worked for him. In recognizing Don’s outstanding contributions to the organization, he has been permanently elected posthumously to WINSA’s Board of Honor. 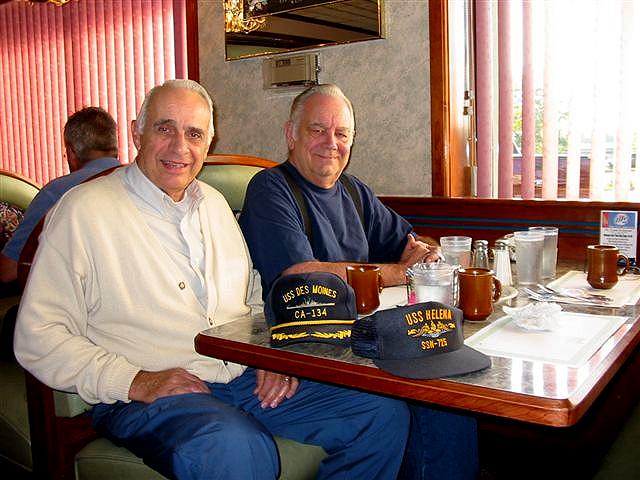 Shipmate Captain Don H. Hansen has passed away.
Don served on the USS Helena CA-75 as an ENS in 1952 - 1953.
He was an Assistant Navigator and proudly told us how he navigated the ship up the Columbia River to Portland, OR.
This so the ship and crew could attend the Portland Rose Festival in 1953.
Your authors story follows below Don's obituary. 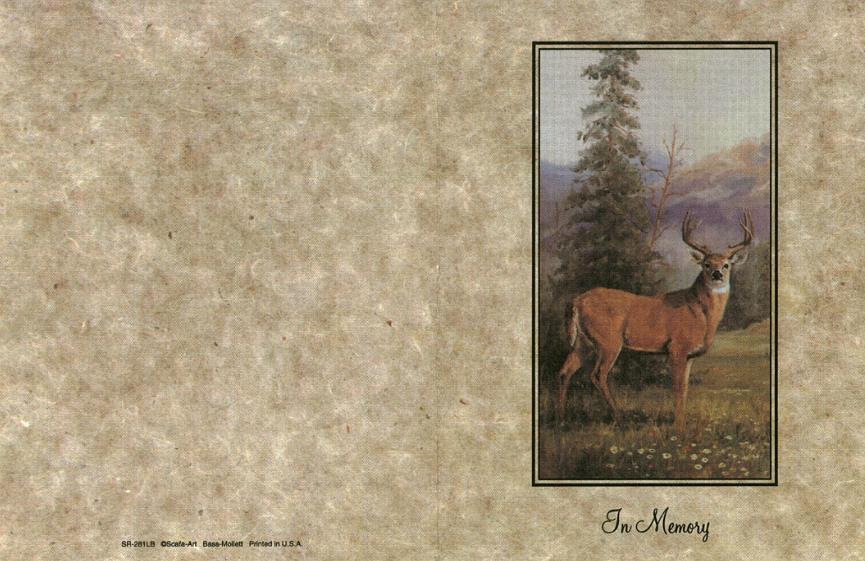 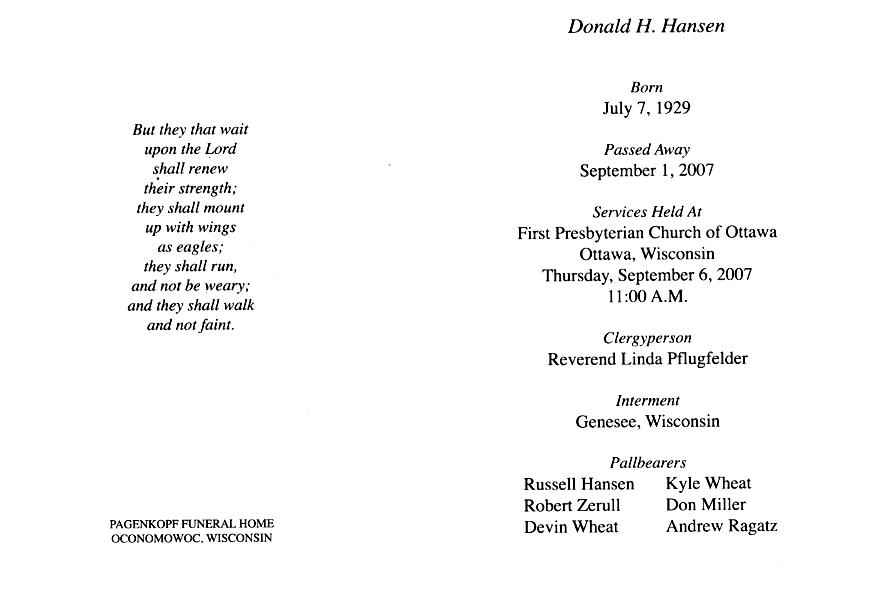 I met Don while telephoning from a list of Wisconsin Navy men.
I was a member of the Milwaukee USS Des Moines Historic Naval Ship Project some 5 years ago and we needed help.
Don was interested right from my first call and became a member of the project.
We did not know then that we both served on the USS Helena CA-75 during some of the same years.
Don and I along with many other new members attended weekly meetings to develop a plan to try to save the USS Des Moines
and bring her to Milwaukee, WI as a museum ship.

Don and I became the first two man team to make presentations to civic organizations, VFWs , American Legion etc.
We developed an ice breaker that always worked.
Don and I were introduced to the group as two members of the USS Helena CA-75, who served together, but never met back in those days.
Don would start his USS Des Moines presentation by telling the audience that Dave was his assistance and would be running the slide projector.
This was my cue to make a fuss and attract Don's attention. Don would stop the presentation and comment that Dave wanted to say something.
All heads would turn to my position.
I then confirmed that then ENS Hansen and Seaman Brouchoud did indeed serve on the USS Helena CA-75 together.
I then said the following:
ENS Hansen had the unimportant duties of Navigation to see to it that the Helena crossed the big pond
(Pacific Ocean) on time and safely AND once in the combat zone, he as a gun officer made sure our big guns hit the target.

Me on the other hand, Dave Brouchoud a Seaman, had the really important duties on the USS Helena ------ a long pause------
I moped the decks and chipped paint.
This little dialog always brought laughter. Don and I would then continue the presentation.

Don and I along with Ralph Scheele who served on the USS Des Moines,
continued a long friendship which included having breakfast many times at Dave's favorite place. The "Forum"

Don invited me along on two long flights in his single engine plane.
One to Des Moines, Iowa to drum up support for the Milwaukee Des Moines Project
and the second to Ohio to meet with members of the USS Des Moines Organization.

Don---a most gracious person who knew how to share. A good friend who will be missed!

My condolences to his wife Marge and family.
Dave Brouchoud

The following words posted as a tribute to our good friend and shipmate. Don Hansen.

On September 6th, 2007 my wife and I attended a funeral of a man loved by hundreds, and was one of my best friends and Buddy.
The world is a little sadder because this man is no longer here.
He is forever in my thoughts as he was a man you never forget.
Donald H. Hansen, Captain, USNR (ret) was a man of great good values.
He was willing to go the step further to please, also had a smile for everyone, was compassionate
to his fellow man, a very hard worker, a good Christian and a loving husband and father.

Donald was a third member of our breakfast club, which was spent at the “Forum”, whenever Dave Brouchoud and I could get together.
In Honor of this great man, when we meet at the “Forum” we will have a full cup of coffee at the table for our departed good friend.

At the funeral there were (7) members of the USNCSA, (US Navy Cruiser Sailors Association). Don was also a member.
Donald had a military funeral at the cemetery with a Navy firing squad from Great Lakes Navy Training Center.

As we age, our circle of friends decrease, but our buddies whether here or gone, are never forgotten.

Dave and I will miss our buddy, “Skipper Hansen”.