The following two pictures of the Helena Revue Chorus in concert, are not dated. Place of the concert is unknown.
HOWEVER!
It may have been the FLTACTS Sasebo Infirmary.
View the 13 November 1954 CA-75 PLAN OF THE DAY. Scroll to the bottom--Para 6

Both pictures and the "Plan Of The Day" were recently found in my basement.
Dave Brouchoud, web page manager. 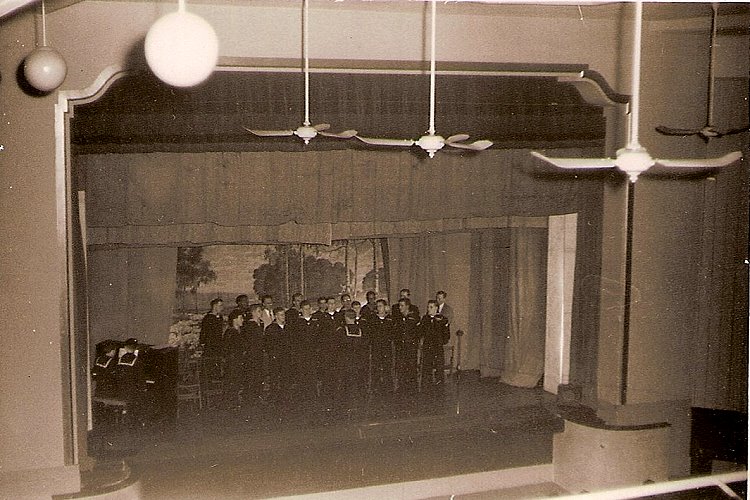 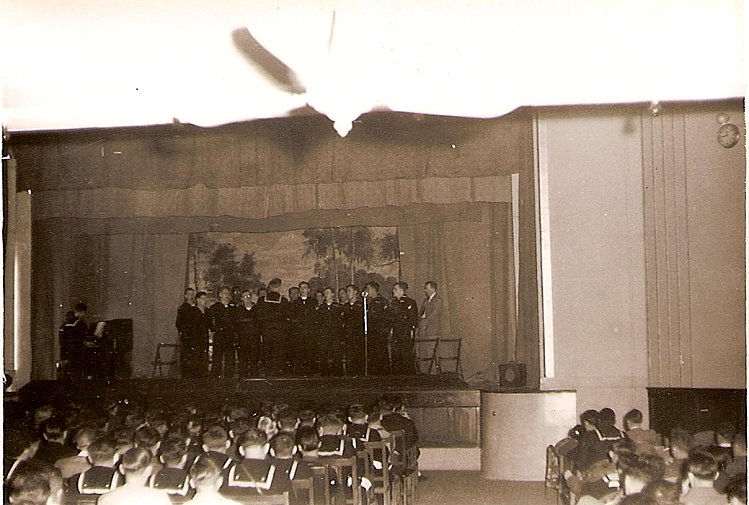 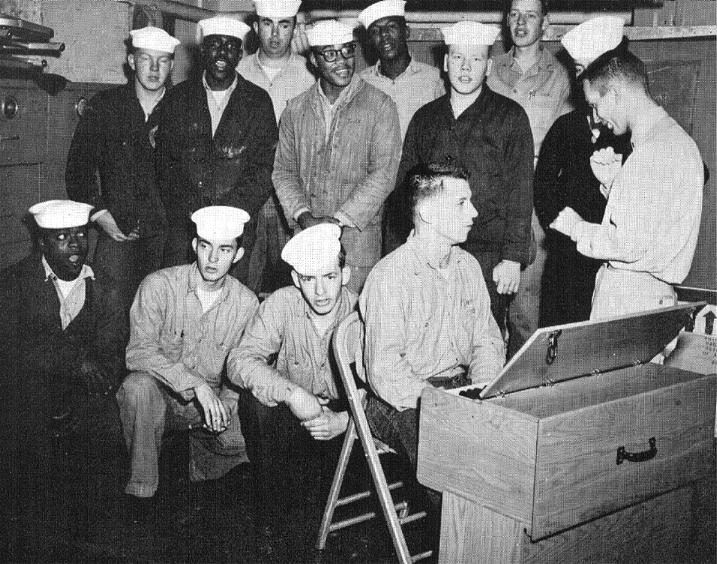 For the musically inclined we had a chorus which met from time to time depending on the interest of the crew and the needs of the ship.
Photo and comments above copied from the 1950-1960 USS Helena CA-75 cruise book 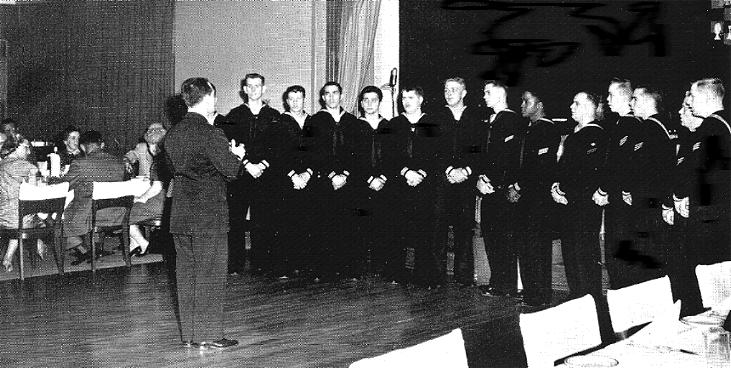 the HELENA chorus sang both aboard and at engagements ashore throughout the cruise,
where their hours of practice paid off in well-done performances
Photo and comments above copied from the 1960-1961 USS Helena CA-75 cruise book

Ed note: I recall a number of club managers telling us that we were as good or better than many USO Shows.

The nine pictures above, scanned from the USS Helena CA-75 1953 Cruise Book

It was during the stay in Kobe (1953) that our Entertainment Review made its debut. A group of 44 men, including some officers, picked from the ship's Happy Hour talent, presented six shows at various hospitals and installations in Kobe, Osaka and Kyoto. The group was built around the Helena's Men's chorus and boasted a variety of instrumental groups, a combo from the band, popular and hillbilly song stylists and comedians. The troupe was well received everywhere and made a fine showing. (The author was a member of the Helena Men's Chorus. The following 7 photos are from my collection).

The two Officers on the right are singing a song they called
"I don't Want to be a Hero"
To hear the song, click on the title. mp3 file---42 seconds long.

I just wants to hang around the Piccadilly underground and live off the earnings of a high born limey.

I just wants to live in England, jolly jolly England and roger all me blooming time away ohhh limey.

Call out the members of the old brigade, they'll keep England free.

Call out me mother, me sister and me brother, but for gosh sakes, don't call meeeeee.

This spoof was never intended to make fun of anyone. In 1954 or today!

"The Helena Review" received a standing ovation after performing their show
including this song as performed in one of Hong Kongs theaters.

Many of our British friends in the audience requested a number of encores.

Thank you all for the memories!