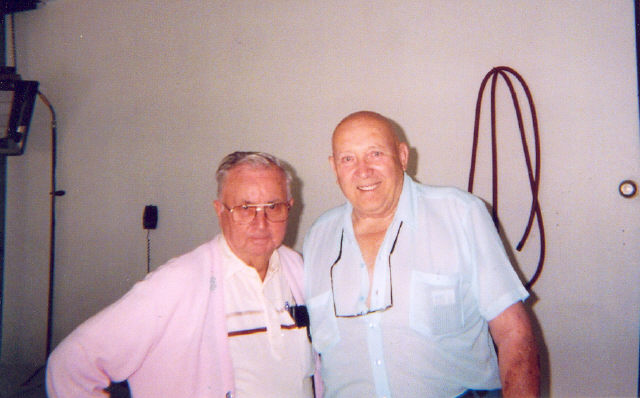 Charlie McClelland CL-50 & Bob Kendle CA-75. Picture was taken in June 2005 at his home in Winesburg, OH.
We got to know him and his wife, Lucille, over the last few years. We will miss him. Charlie 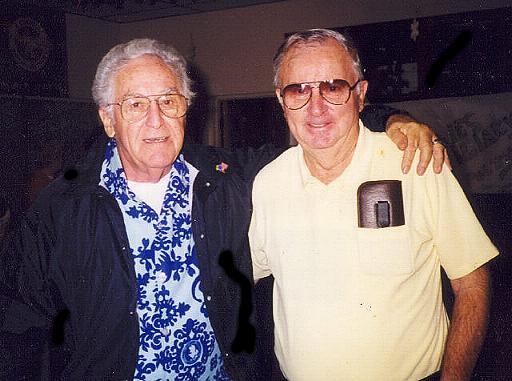 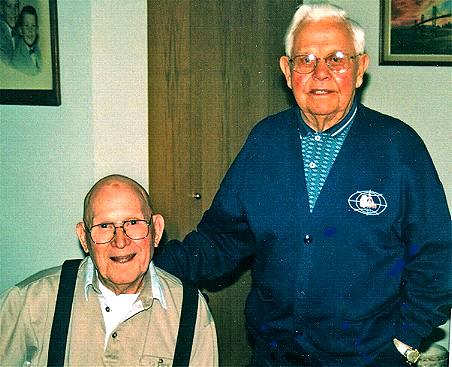 In January 2005, Fred Wenzel saw a familiar name among those listed in his new Helena directory. Among the names was one Scott Thomas. Mr. Thomas's address was listed as being in Washington State.
After much thought, Fred dialed the listed phone number. When the call was answered, Fred asked if this was the “Red” Thomas, formerly of Texas, who was in the navy with him on the USS Helena, CL-50, in July of 1943. Indeed, it was one and the same.
Fred made plans to fly from Michigan to the state of Washington to visit his grandson and also renew his acquaintance with Mr. Thomas. The two met after some 62 years and talked of their long ago experiences in the navy and the torpedoing of their beloved USS Helena, CL-50. 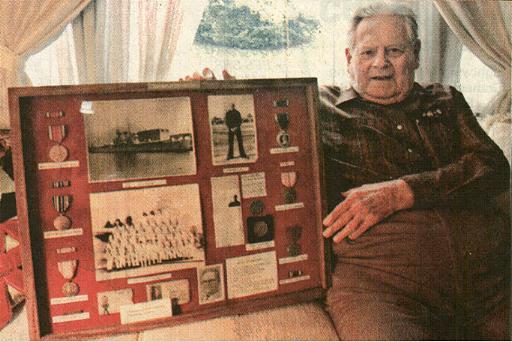 Deforest Ary poses in his Evansville home in November 2001 with a display of memorabilia and medals from his time in the Navy serving on the
USS Helena. Ary was injured by a torpedo blast while on the ship during the attack on Pearl Harbor and received the Purple Heart for his injuries.

The Rescued & the Rescuers.