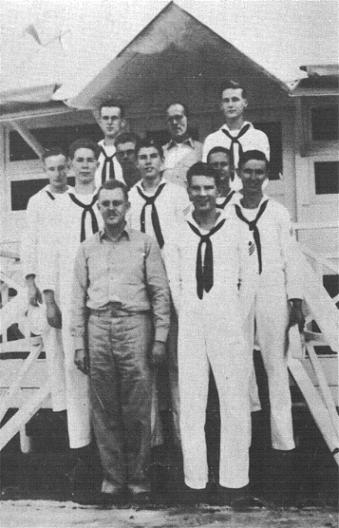 Manila, Republic of the Philippines

Excerpts from the 1953 Helena Cruise Book.

The 1st to the 18 of December was spent at sea with the task force. We got a special treat of spending the Christmas holidays in Manila, the Capital of the Philippines. It was a great thrill to everyone as the ship slipped past the famous last stand post of the Islands during World War II, Corregidor, and into Manila Bay.(Boy, that's the highest bay I ever saw.) Bataan peninsula, scene of the infamous death march, is just to the north of Corregidor and was clearly visible to us as we approached the bay. War destruction was apparent everywhere, masts of sunken ships stuck out from the water, shell holes still gapped in the sea wall and in the city it was not uncommon to see shell-blasted skeletons of buildings standing next to new modern buildings. The city has been built up a lot but momentums of the war are still prominent.
The Filipino people really have the Christmas spirit. They start the holiday festivities in November and they continue on into January. Carolers are out nightly during all this time playing and singing up and down the streets, and huge stars with light bulbs in their centers are hung from windows and on porches of the homes. Christmas trees are scarce, except for some which are imported from the states by Armed Forces stationed there. But aside from that and the very hot weather, Yuletide spirit was very high and the crew really had a grand time.
We spent New Year's Eve in port in Manila. Boy what a party. New Year's Day everyone eagerly massed around radios listening to the various football bowl games from the states.
With the new year welcomed in and the old ushered out, thoughts of home and our loved ones became utmost in our minds. We were scheduled to leave the Far East the latter part of January and arrive in good 'ole Long Beach, California, in mid-February. 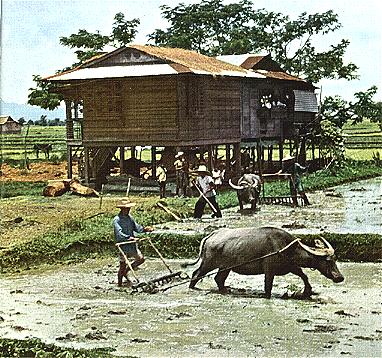