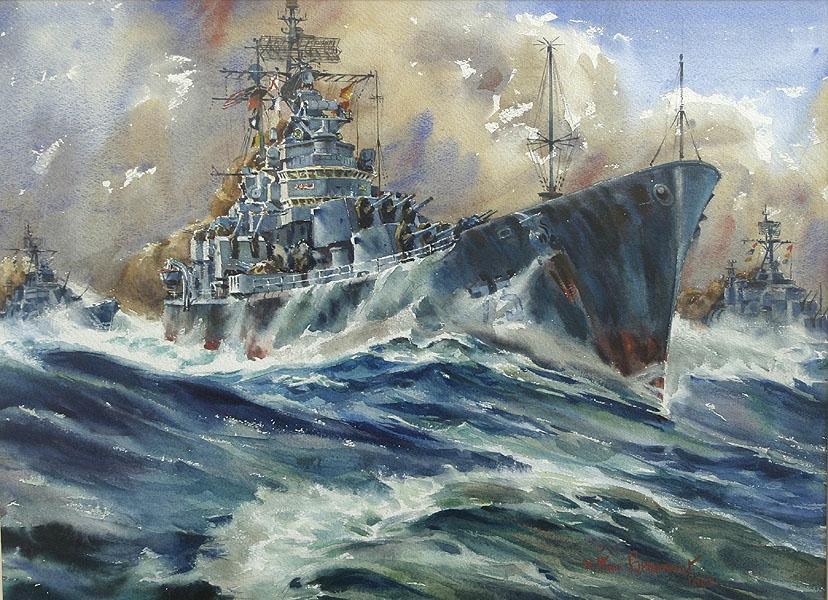 The black and white sketch that follows was found on eBay and donated by Dave Brouchoud.

This is a black and white ink sketch/drawing of the USS Helena CA-75 by the preferred Military ship artist, ARTHUR BEAUMONT.
Titled..."Homeward Bound Pennant" "U.S.S. Helena". Signed by the artist, "Arthur Beaumont 1947".
The paper measures 9" x14 1/2". The paper is ordinary sketch pad paper. It has a cream/off white pigment.
The sketch/drawing measures 8 1/2" x 12 3/4" (including title & signature line).
Arthur Beaumont was commissioned by the military to do paintings/drawings of ships.
This drawing is *almost* an exact *reverse* duplicate of his famous painting of the U.S.S Helena titled..."Homeland Bound" which is dated 1949.
There are a few differences which suggests that this was his initial sketch of the famous painting.
The Helena left the Asian ports on 3/22/1947 with Arthur Beaumont "hitching" a ride home on the famous vessel after an extended stay in the Orient. 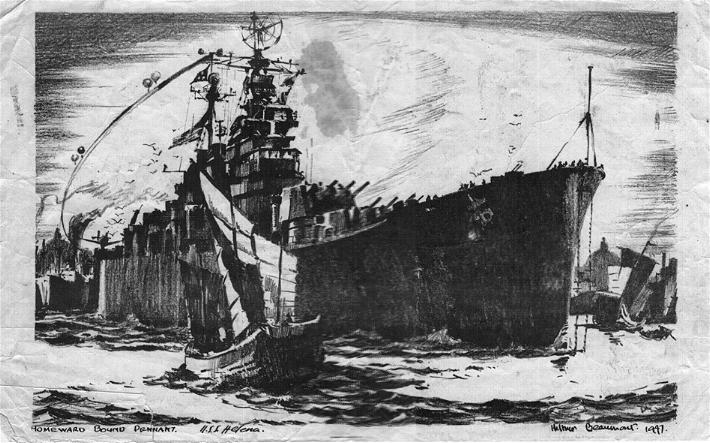 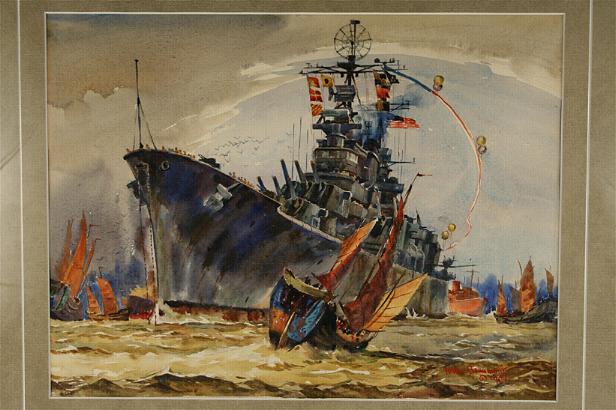 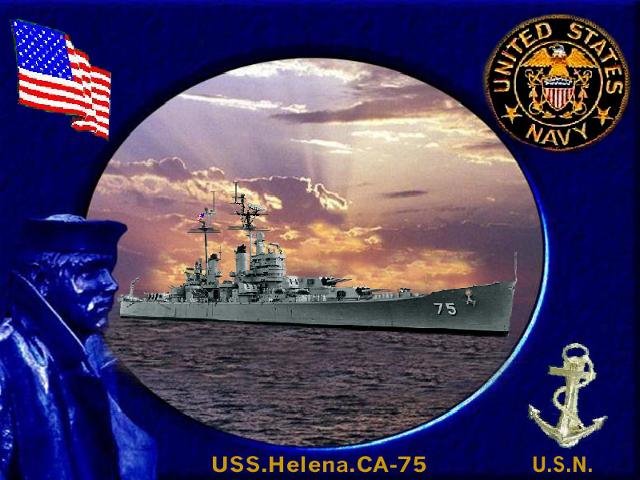