Information and pictures scanned from the Helena 1959 - 1960 Cruise Book

In early August we learned that we had won our second consecutive E. Captain Kauffman himself put on the finishing touches, but he was in Washington with the other recently selected Rear Admirals when Admiral Keith came to present the award to the ship. 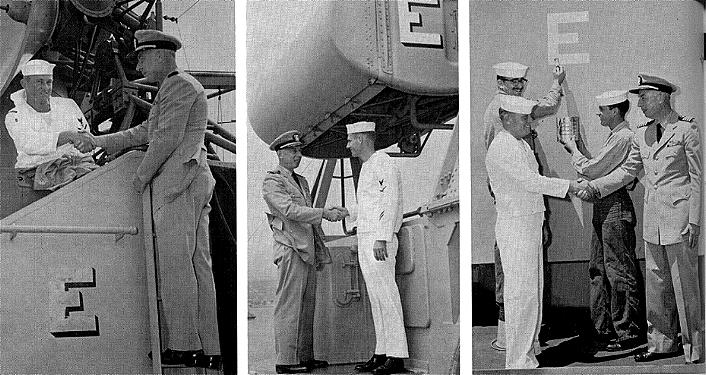 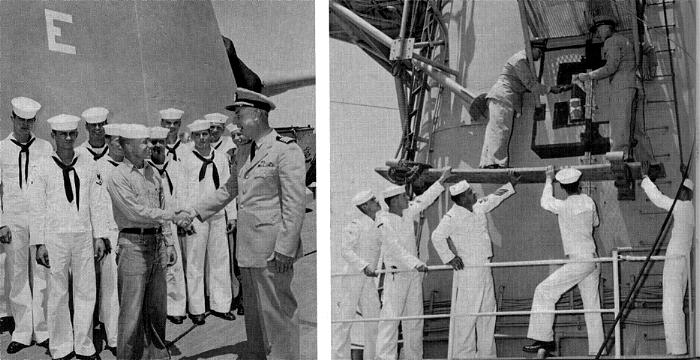 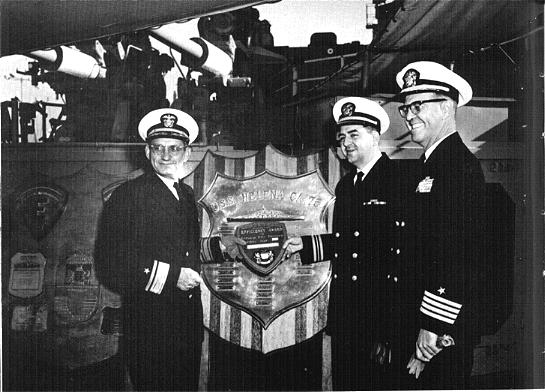